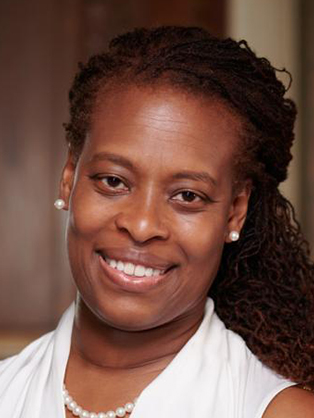 Laurie Zephyrin, M.D., M.P.H., M.B.A., participated in one of Dr. Leslie Farrington’s community health care advocacy workshops in late 2017. Dr. Zephyrin observed how fellow attendees were engaged in responding to challenging scenarios in medical settings and learning from each other’s responses. The group was gaining confidence in asking questions and speaking up on behalf of themselves and loved ones. Laurie called Leslie and suggested modifying the community group learning experience to improve Black Maternal Health. That phone call began the two year journey leading to the ACTT for Safe Motherhood Curriculum.

Dr. Laurie Zephyrin is a practicing Obstetrician/Gynecologist, who joined the Commonwealth Fund in 2019 as Vice President, Health Care Delivery System Reform, where she leads the Vulnerable Populations portfolio. Dr. Zephyrin has extensive experience leading the vision, design, and delivery of innovative health care models across national health systems. From 2009-2018, she was the first National Director of the Reproductive Health Program at the Department of Veterans Affairs spearheading the strategic vision and leading systems change through the implementation of evidence-based policies and programs to improve the health of women veterans nationwide. In 2016-2017, she served as Acting Assistant Deputy Under Secretary for Health for Community Care, and later in 2017, as Acting Deputy Under Secretary for Health for Community Care. While directing the VA’s Community Care program, a key component of VA’s high-performance network with an operating budget of over $13 billion, Dr. Zephyrin spearheaded efforts to implement legislation, develop internal governance structures, and address patient outcomes through system-wide optimization of care delivery. As part of the leadership team, she also represented VA before Congress and other internal and external stakeholders. Dr. Zephyrin is a board-certified clinician. She is a Clinical Assistant Professor of Obstetrics and Gynecology at NYU Langone School of Medicine (2013-present) and was previously an Assistant Professor at Columbia University, College of Physicians and Surgeons (2007-2012). She earned her M.D. from the New York University School of Medicine, M.B.A. and M.P.H. from Johns Hopkins University, and B.S. in Biomedical Sciences from the City College of New York. She completed her residency training at Harvard’s Integrated Residency Program at Brigham and Women’s Hospital and Massachusetts General Hospital. 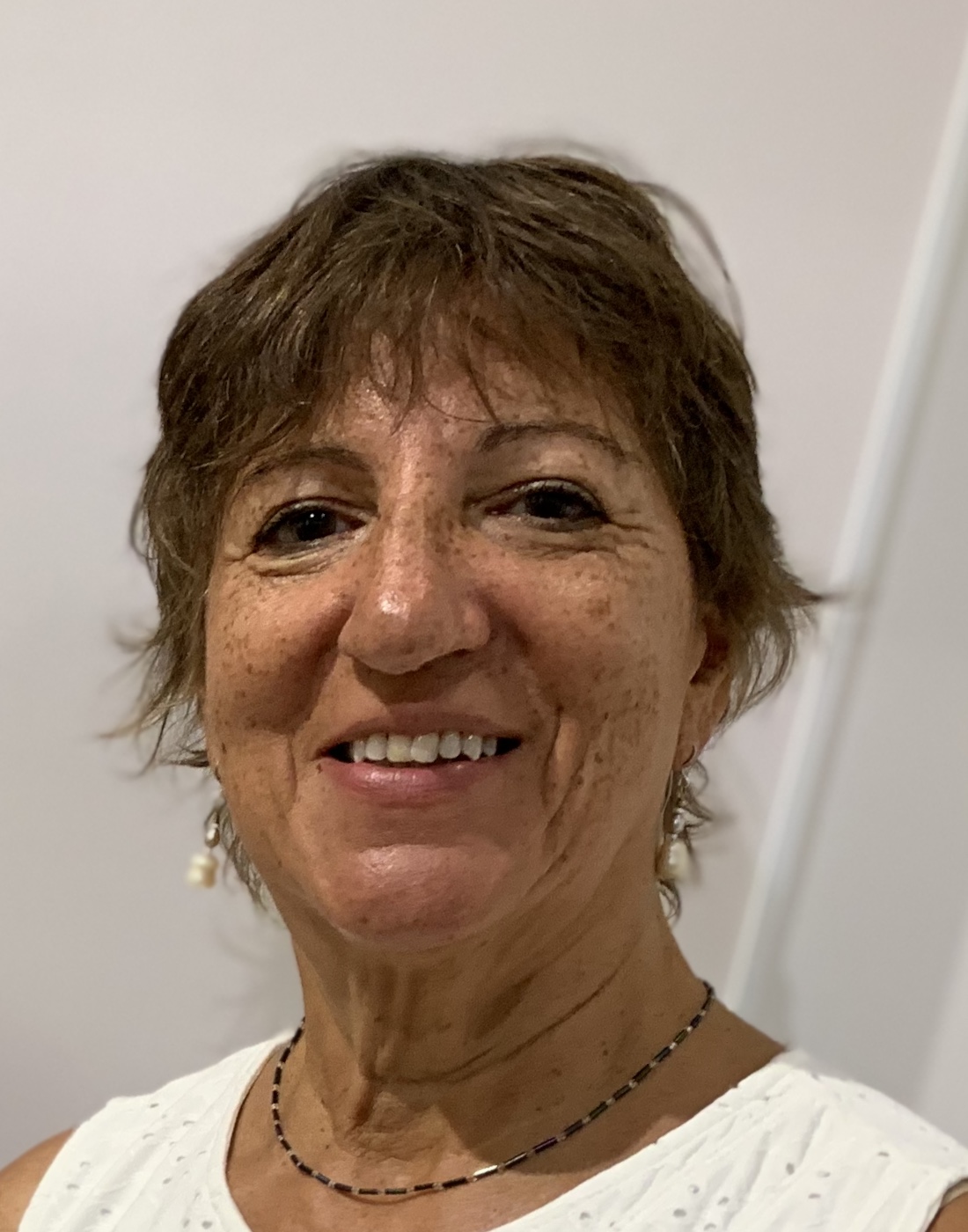 Dr. Leslie Farrington is a retired physician from New York with over 30 years of expertise in Obstetrics/Gynecology and Well Woman Care. Leslie’s first birth, as an undergraduate at Johns Hopkins University, was attended by a midwife. That birth experience inspired her interest in a career as an Ob/Gyn.  She received her MD degree from Howard University College of Medicine in 1984 and went on to Ob/Gyn training at Long Island Jewish Medical Center. She practiced Obstetrics there for 20 years. During that time, Leslie developed a reputation as a deeply caring clinician who followed the midwifery model of care. Her unique background from growing up in an interracial family with community activist parents made her a valuable asset to colleagues, trainees, and patients.

In 2009 Leslie transitioned to Office Gynecology and Well Woman Care. During this phase of her career, Leslie learned about the need for patient advocacy because of the high rates of harm in the health care system due to medical error. She joined the board of directors of Pulse Center for Patient Safety Education & Advocacy (CPSEA) to educate the public about the patient and family’s role in reducing preventable medical errors, and to raise awareness that the most important part of “caring” for health “care” providers, should be listening to and centering the patient.

In 2014 Leslie learned of the stark racial disparities in maternal mortality rates, and that over 60% of those deaths were preventable. As a Black physician and patient safety activist, Leslie recognized that mortality statistics are the tip of the iceberg of preventable harm experienced by the Black community due to racism in medicine and society. Using her experience in the patient safety movement, Leslie began a community-based effort to find techniques and tools which expectant mothers, and their families and supporters, could use to obtain person centered care with dignity. Now in partnership with midwives, doulas, nurses, educators, and community members, Leslie is proud to be a part of the development of the ACTT for Safe Motherhood Curriculum. Leslie Farrington is dedicated to promotion of health care advocacy and holistic support of birthing families in Black Communities nationwide. 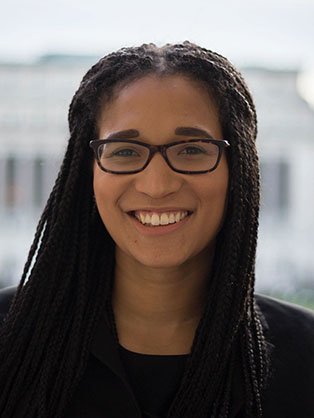 Jenise Ogle is an Impact and Data Strategist at Odyssey Impact, a multimedia 501(c)(3) in NYC. She designs and implements social impact campaigns around award-winning documentaries. She works closely with filmmakers, policymakers, and community organizations to raise awareness of pressing social issues and drive social change.

Prior to joining Odyssey Impact, Jenise co-developed Save Our Moms, a campaign that encouraged 6 million people to take greater responsibility for maternal health, for the MTV and VH1 networks. She also worked as a Project Assistant at Sanctuary for Families, the leading service provider for gender-based violence victims in NYC, where she co-led a successful campaign to change the minimum age of marriage in New York from 14 to 17.

Jenise holds a Master of Public Administration from Columbia University’s School of International and Public Affairs and an A.B. in Social Studies and Studies of Women, Gender, and Sexuality from Harvard College. 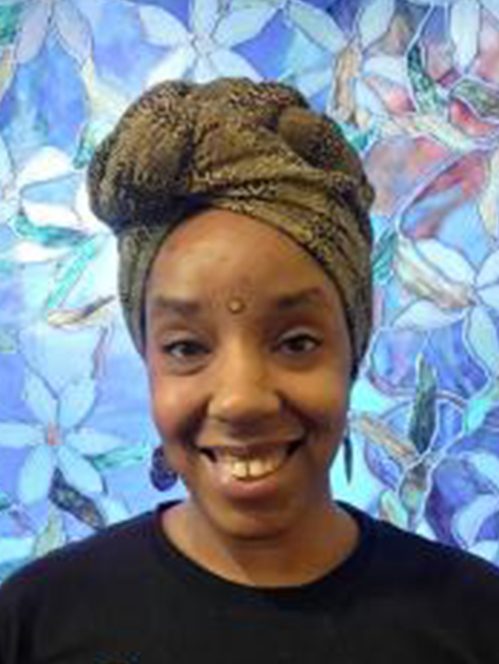 Nubia Earth Martin holds a master’s degree in Midwifery from SUNY Downstate and a bachelor’s degree in Sociology from the College of New Rochelle. Nubia has always been drawn to birth work and Midwifery, and has served as a Childbirth Educator, Birth and Postpartum Doula, and Lactation Consultant. As the mother of five children, it was the home births of her three youngest children that changed her perspective on the way in which women bring forth life.

Client Centered, Wombman Led Care, and a deep respect for physiologic birth are the cornerstones of Nubia’s philosophy of Midwifery. Her great-great-grandmother, Cynthia Wesley, caught 11 of her 13 grandchildren in South Carolina. The blood of the Grand Midwives and their traditions and rituals run deep through Nubia Martin. She considers herself a vessel to serve women and families, and she views the laying on of her hands for healing to be an honor and privilege.

Since 2008 Nubia has been providing childbirth education, doula support, and lactation assistance in and around Yonkers, NY, in order to provide the services and resources that were lacking in the community when she was pregnant with her children. In 2019 Nubia founded the nonprofit, Birth from The Earth, and began serving families for their Home Birth needs. Nubia Martin is dedicated to improving birth outcomes, women’s health and wellness, and reducing maternal and infant mortality and morbidity rates of women of color and their children.

Kimberly Wade graduated summa cum laude from American Intercontinental University with a Bachelor of Science in Criminal Justice. She also has experience in the banking and mortgage industries. Kimberly has been married for 33 years, and has three children and one grandchild. In support of her husband’s business, Kimberly has moved her family several times throughout the US. While relocating can be challenging, Kimberly attests that the moves have allowed her to meet diverse groups of people and expand her centers of influence. Kimberly is a strong model of support for her immediate family, as well as other families in her community. She especially champions mothers who face challenges balancing work demands with the needs of family.

Kimberly has been both a teacher and parent volunteer in the classroom. She is proud of her volunteer mentorship work that provided teen mothers with someone to share their day to day challenges of going to high school and being a mom. Reflecting on the time spent mentoring teen mothers, Kimberly found that there was a lack of educational tools to support young Black women in the maternal health and birthing process. She recognized the need to provide resources and education before teens may become pregnant.

When Kimberly met Leslie Farrington in 2018, Dr. Farrington shared her plan to spread the message of Black Maternal Healthcare Advocacy and Support nationwide. As she learned about racial disparities in health outcomes, Kimberly began to share Dr. Farrington’s vision and passion. Now, with her youngest child starting her sophomore year of college, Kimberly believes it is time to put her own personal birth stories, her life experience, and education to use for the cause of birth justice in the Black community. Kimberly is committed to fulfilling the mission of the Black Coalition for Safe Motherhood (BCFSM) by serving as Secretary on the BCFSM Board of Directors.