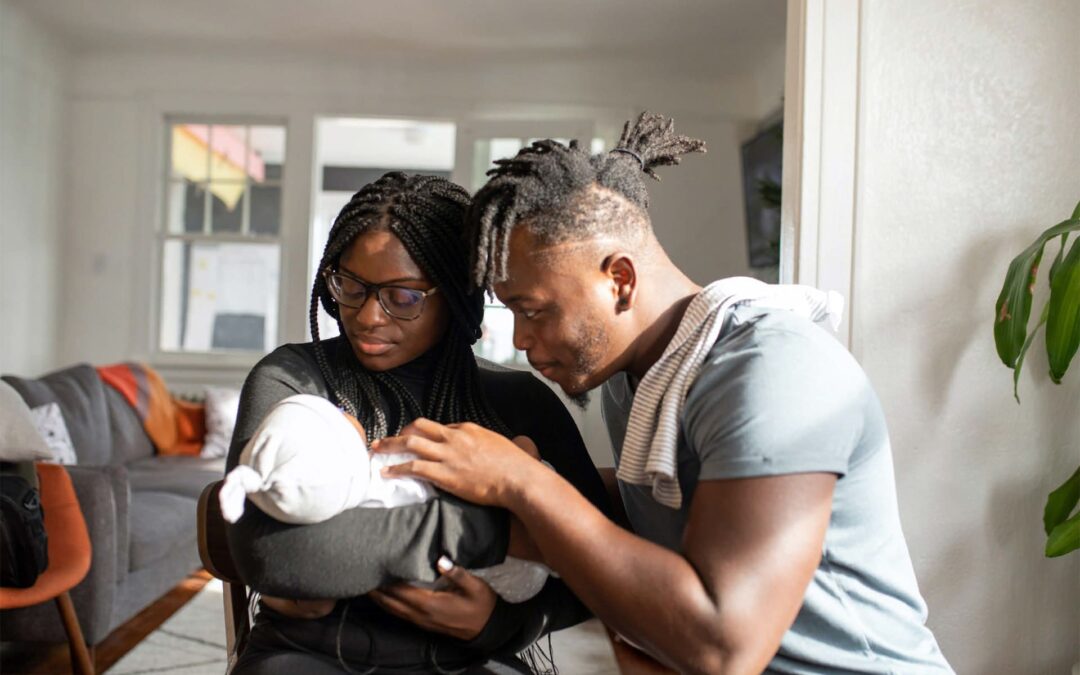 On Facebook I recently learned about the death of Denise Williams, one month postpartum, at the same New York City (NYC) hospital where my grandmother died from a pregnancy complication almost 100 years ago. Racial disparities in health are not new, but in the age of media algorithms, repeatedly featuring these tragic stories causes stressful alarm and fear among Black birthing people. This intentional sharing and broadcasting of harmful news is called trauma porn. But the Facebook video I viewed was posted by Ms. Williams’ grieving family, so there is another side to the social media and news media coverage of the failings of the health system.

Movement to Birth Liberation, a NYC based network of Birth Justice activists, is supporting the Williams family’s search for answers and justice, and calling for more media attention to press for transparency and accountability, in the hopes of addressing why health care in NYC hospitals is failing to save Black birthing mothers. In the case of Denise Williams, there are protests because over six weeks afterwards no answers are forthcoming as to what led to her death two days after she was admitted for treatment of postpartum depression.

In the several years since the rising rates of pregnancy related deaths and complications in the United States were exposed, there have been many news reports about how Black mothers are 3 times more likely to die than their white counterparts. In NYC the disparity is 8 times more likely. Now doctors and midwives are hearing Black women say, “I am afraid I’m going to die”. Many Birth Justice activists want to stop the media capitalizing on trauma porn. But even without mainstream media coverage, each tragedy ripples through the deceased mother’s community, and families and activists want more coverage. At the same time a balanced perspective that conveys to pregnant people the high likelihood of healthy birth outcomes can allay fears and reduce stress – which is known to increase the risk of premature birth.

In April 2021, a group of Black birth workforce leaders – nurses, obstetricians, and midwives – pushed back against the stressful narratives Black birthing people hear – with factual information in their Love Letter to Black Birthing People:

“Our actual risk of dying from a pregnancy-related cause, as a Black woman, is 0.0417% (41.7 Black maternal deaths per 100,000 live births) — to put that in perspective, our risk of dying is higher walking down the street or driving a car.  Based on past and present injustices, we have every right to be scared, but make no mistake:  that fear comes at a cost and Black birthing people are the ones paying the bill!”

Indeed, the risk of death or near-death complications for Black birthing people is very low. However, the actual numbers – 700 maternal deaths and 50,000 severe complications per year – represent a problem which continues to worsen in the US. At the same time the Black Maternal Health Crisis is the tip of the iceberg of harm and disrespect Black people too often deal with in all areas of the medical system. Major legislation to address the issue, the Momnibus, has been sitting in Congress for over a year. Given the lack of political will to make necessary changes in maternity services, and denial of systemic racism in medicine and society, how do we convince Black birthing people that their birth experience can be a joyful, powerful, and even spiritually uplifting experience? How do we access health care without fear of mistreatment? The Black birth workforce has the answers as noted in the Love Letter. Black community-based organizations can uplift those solutions and support their implementation as we work to hold the existing medical system accountable.